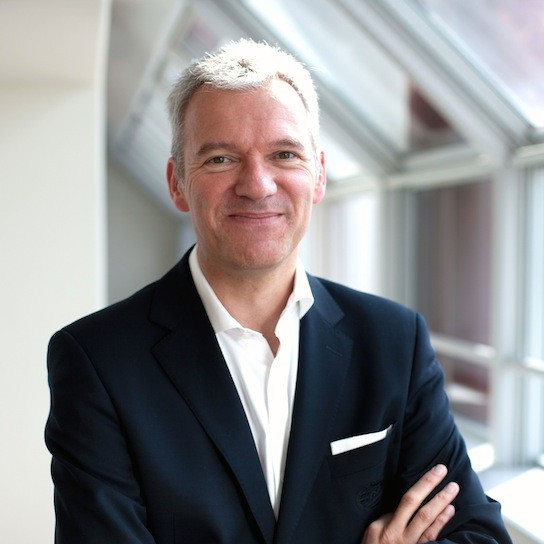 Peter Kentie managed to get into people's hearts by introducing the overly popular "Just Estonishing" campaign with the easily used -est concept. As a big fan on Estonia and being a marketing genius that he is, the Dutchman now offers a concept for Tartu - Smartu.

While we also liking the "Smartu" concept, let's get to know Peter a little bit better. Enjoy the interview with our sTARTUp Day speaker explaining his thoughts and opinions on marketing and place branding.

You became famous in Estonia after creating the "Just Estonishing" campaign that was extremely well received by the Estonian public. Since then the Estonians themselves have created merchandise and mini-campaigns with your idea. What are some of your favorite interpretations of your campaign?
Honestly, I enjoy all usage equally. I strongly believe that a brand should be open source and co-created by nature. So –EST is used by the public and by professionals on the same basis. The shirts by Martin Lazarev make me smile and helped a lot in getting people’s attention for the concept too. And now with the EU Presidency for Estonia, I am proud that in all official presentations about e-Estonia the official Estonian presentation uses EST-idea in every slide.

Your daily job involves creating marketing for the city of Eindhoven in the Netherlands. What is fascinating about Eindhoven that the Estonians might find beneficial?

There is quite a large resemblance between the city of Eindhoven and the country Estonia. No don’t laugh, both have the same mentality of thinking unconventionally and a methodology of experimentation and trying things out to see if it works. Eindhoven has had rough times in the past and is now on a roll, performing economically very well. Almost topping Dutch economy as number 1 region by focussing on high tech hardware and combining strong design quality to make it a global innovation powerhouse. People are open to each other and embrace working together and joining forces for the benefit of the whole. Business works together with academia and civic authorities on an equal basis. Estonia could benefit a lot from this triple helix cooperation model in their society.

You are, of course, as successful working at your day job at Eindhoven365, having won many awards for the work for Eindhoven. Where does your fondness for cities come from?

My parents used to have a company, an advertising and design agency. So long holidays were not an option, always work pressure. So I was taken only on short city trips to London when I was young and in that tremendous city – still my favorite – my love for cities started. I traveled to many across the globe and cities always give me energy and inspiration, making me forget my work worries and thoughts. The best holidays ever.

Compared to world-famous cities like NYC, London, Paris, Tokyo etc. The cities are well-known for their culture, landscapes, shopping and eating possibilities, but how would you rate their success in attracting startups and providing for the startup ecosystem?

What I see is a shift in success factors for cities. If you look at the top 10 of talent attractiveness of cities by Insead Fontainebleau, one of the world’s prestigious business schools, it makes you wonder. Because in the top ten only Paris you mention is present. At number 7, followed by Los Angeles and Eindhoven… Yes, that small city of 227k people is globally in the top ten. A city like Gothenburg is in the top five, right after San Francisco, the famous center city of Silicon Valley. Number one is Copenhagen, followed by Zurich and Helsinki.

So many cities that aren’t that large make out world’s best. The qualities are there and requirements of start-ups are changing. They see a city as a launching customer and as part of a high-tech ecosystem. That is what the civic authorities should focus on and have a talent pool combined with resources available for the startups to quickly scale up and flourish.

In Eindhoven we focus on high-tech hardware as the core for our ecosystem because it is more sustainable than software ecosystem which is more ‘footloose’, being able to pick up the company and leave for elsewhere. Hardware is more embedded in the ecosystem and contributes, in general, more to the challenges of current society on issues like energy, health, mobility. Therefore creating more value for society as a whole.


We are going to see you at sTARTUp Day 2017 business festival, which is based in Tartu. How should the City of Tartu reach out to the world?

You are also working on a new book. Tell us something about that.

No more books for me. I wrote two books, selling tens of thousands of copies in the past. On subjects like web design. Nowadays I enjoy more to share my insights on a stage and by enjoying the power of social media to share great thoughts and insights.

The Estonian digital society has made a big impression on you, as you are our country's e-resident and a fan of the open and transparent online services. What e-services as an e-resident are you using at the moment?

For me, I enjoy e-residency more as a proof of concept of an unconventional idea that spread like wildfire. Yet I also acknowledge that it is part of the greater e-Estonia thinking and mentality. The ID-card, the real-time linked databases, the X-Road platform and rigorous pursuit of digitizing all information. That is the real value of Estonia and a lesson to the world. Together with our civic authorities, we visited Estonia this summer to learn as Eindhoven municipality from Estonia. So thankful this knowledge and experiences are there to be shared. You can see my pro bono work with –EST concept and justestonishing.com as a kind of payback from a happy and fond e-resident.

Which Estonian startups do you admire?

Mainly the Estonian mafia collaboration; the teaming up from all these bright ideas, people and companies all in one way or another (inter)linked to Skype. Sharing ideas, experiences and capabilities. That is so cool, it creates mass and likeability. Also, we envy Startup Estonia, a great example of a supportive platform.

The topic for sTARTUp Day 2017 is "From Zero To Hero". Do you also have a little "from zero to hero" or "from hero to zero" story to tell?

In many ways –EST concept is a "From Zero To Hero" story. It took me over two years to get the proper attention and without the Estonian mafia –what’s in a name ;-) support it wouldn’t have been so big. I relentlessly went for my idea and beliefs. Pushed and pulled the strings I could get a hold-off and never give up. I spoke to so many Estonians to check if I made ‘cultural’ errors for my nation branding campaign. And then one fine day the people of Teleport.org were in the Netherlands, Sten Tamkivi, and Kristjan Lepik. I invited them over, gave them the best tour of Eindhoven including a visit to the High Tech Campus Eindhoven and showed them my work.

And then through a blog post om memokraat.ee and with social media support the whole thing exploded in Estonia media. Leading to where we are now. It can be even better and I so hope I can get involved and participate in the branding and marketing of Estonia.

What is your motto?

Learned this from David Ogilvy, it is one of the greatest business lessons and also a motto: