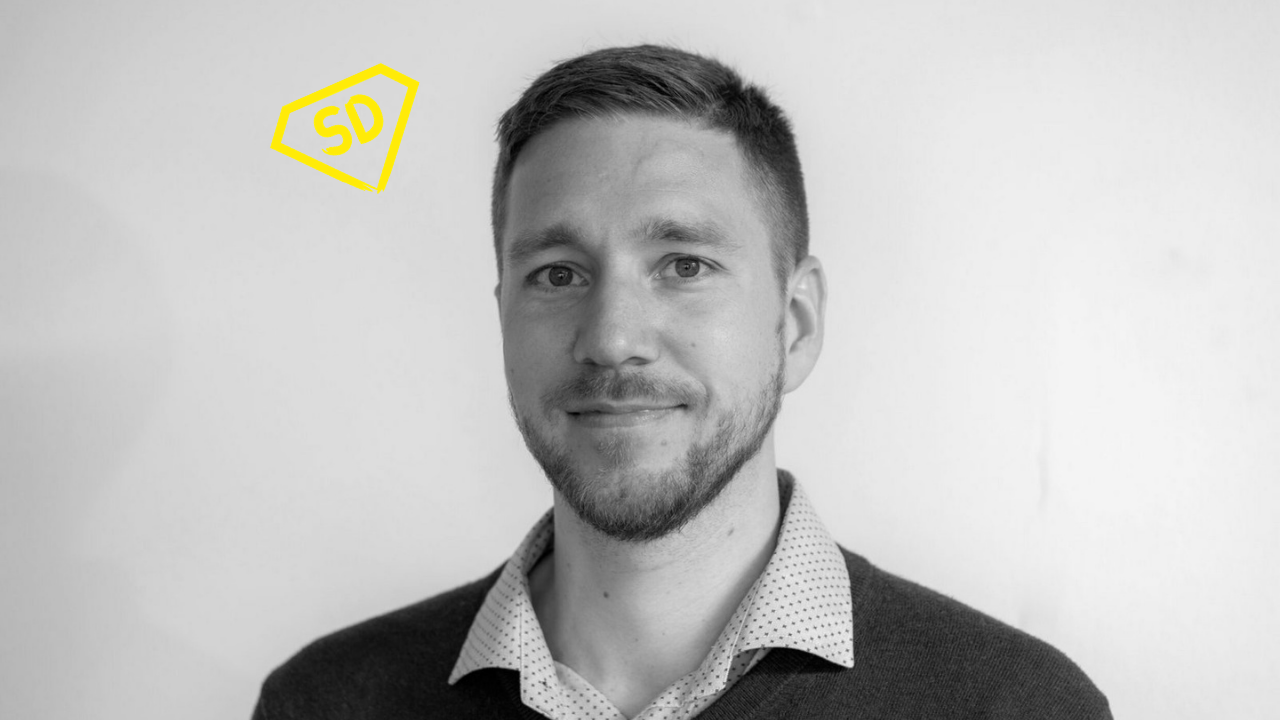 Henri Klemmer: ”We are at the beginning of a significant green transition and digitization trend, which puts us in an ideal position.”

Henri Klemmer is the CEO and Co-Founder of Hepta Airborne. Established in 2017 and headquartered in Tartu, Hepta Airborne automates the analysis of powerlines by utilizing drones, helicopters, satellites, and big data analysis. They raised 2 million euros at the beginning of the year to grow its presence in foreign markets. Hepta Airborne is also a graduate of ESA BIC Estonia.

This interview was conducted by Anette Tiitus, a member of the sTARTUp Day Marketing & PR team.

How did you become an entrepreneur – was it something that happened naturally, or was it a well-deliberated decision?

As a child, I didn’t think about entrepreneurship. At the time, I had other interests, and I was rather into sports. I started reading business-related literature at university, so when I was about 21, I was sure that even if I worked in someone else's company for a while, I want to start my own business one day. At the time, I was anxious to build my own company. It did not matter whether the field of activity would be world-changing. Rather, it was an inner urge to create an organization with culture and values.

Explain to a child what Hepta Airborne does.

Outside there are power lines, large poles, and wires. These power lines bring light and electricity to our homes, so we can watch cartoons, charge phones, cook, etc. Considering that power lines are located outdoors, they wear off over a long period of time. Hepta helps to find these broken power lines. We show the repairmen exactly where they are. As a result, they repair the power lines, so that electricity and light in homes are never interrupted.

What are the personality traits that help a person to become successful?

The ability to analyze and criticize oneself, and curiosity that encourages continuous self-improvement and helps a person fulfill their goals – are the two crucial features.

You mentioned that you were involved in sports when you were younger. Did you pick up any beneficial qualities from sports that are useful in entrepreneurship?

Sure. I played basketball when I was young, and we had a relatively tough coach – Indrek Ruut. He was goal-oriented and was always able to motivate us. When the others went to parties, I was training. On the weekends, we packed our lunch boxes and went to the sports hall. Inevitably, therefore, I had to make sacrifices in my daily life. For a long time as a child, I exercised twice a day – before and after school. Despite the training, the coach always made sure that our grades would not suffer.

Playing sports gave me the willpower to act purposefully, including the ability to set high goals and be demanding. I understand that our dreams are not fulfilled easily. If you want to achieve your goals, inevitably, you have to sacrifice a certain part of your life for it.

It all starts with the ability to criticize and analyze oneself. In the case of failures, one's ability to learn and adapt to a situation plays an important role. Everybody makes mistakes, not just entrepreneurs. To prepare for success, it is necessary to constantly analyze the activities of oneself and the social groups around you (family, company, hobby-related peers). Ask for feedback and give it to others, and pick out viewpoints that could be enhanced. Instead of the expected result, continuous progress in learning and development should be interpreted as success.

A widespread truth that is often forgotten – changes in the family, life, or business start primarily with us.

The impact of one's actions and inactions around oneself is often underestimated, without realizing how much can be changed to improve the life of oneself and others.

Starting with changes from the inside out, starting with oneself. Not being a victim of one's failures, blaming health, family, childhood, colleagues, but focusing on continuous self-improvement is one of the greatest preparatory elements for success in my life.

As for my favorite lesson, I would stress my first full-time entrepreneurship experience. I was a co-founder of a company whose shareholders were prominent entrepreneurs and public figures. For two and a half years, I worked 500 hours a month, but the company had one setback after another. Specifically, the prerequisites for starting a company were different among the shareholders. The atmosphere was that everybody was out for self-interest, and bad business ethics were applied to partners and co-workers. Making quick money prevailed over the quality of service instead of creating culture and value. Fortunately, we disbanded relatively quickly. The initiative came from me and another colleague.

I learned that shareholders and colleagues must be selected carefully. Among other things, I was reassured of my values ​​and wanted to create a sustainable organization with satisfied employees. Fundamentally, my goal was to manage my daily decisions in a way that would allow me to sleep peacefully at night in the future as well.

What is your biggest fear as an entrepreneur? How do you cope with it?

Based on a long-term vision, I do not have any fears. I believe in the Hepta Group and in what we do. Although we have many bottlenecks today, I know we can adjust to change.
If I look at the short-term vision, then every next step makes me worry one way or another. My biggest fear today is whether we have enough time to test and prove the fast scalability of our business model. Most startups are likely to have similar concerns, as they have to prove the elements needed for rapid growth in a short period of time due to negative cash flows.

What motivated you the most at the beginning of your journey when you just started with Hepta Airborne?

This is an exciting story for me. I am an electrical engineer, and once during my internship, I did an inspection of power lines for Eesti Energia on foot. There were times when my colleagues ran from bears in the woods, or I had to swim across the river, fully equipped, to reach the pole of the next power line. This work was painfully manual, tiring, and dangerous. Especially knowing that there are hundreds of millions of kilometers of power lines in the world.

Although in the age of the smart grid, thousands of devices and sensors are installed in the network, there is still no good solution for detecting mechanical defects.

Power lines continue to be inspected on foot, which is very dangerous and hard work. It was this experience that primarily motivated me to change today's situation. We bring electrical network engineers out of a dangerous environment by digitizing and analyzing the electrical network so that it is automatic and safe. Field engineers can now get the job done in the office, many times more accurately and faster.

Firstly, I would like to say listening, but this is more lifelong learning. Actually, I'm learning a little Russian.

Is learning Russian related to your business environment?

Yes, you can say that. To be honest, one of my favorite languages ​​is Spanish, and I would like to learn that instead. I have set myself a language learning queue. As an Estonian, I feel the closeness to Slavic culture. As Estonians, we want to feel part of the Nordic countries, but we can't get over or around the fact that the Russian nation is very close to us in so many ways.

We have eight countries today where Hepta Airborne operates. I certainly do not intend to learn the languages ​​of all countries. So my desire to learn Russian is still for my interest and desire, rather than for any business reasons. The motive is Estonia's national background, geographical location, and history.

Since I can't think of anything better at the moment, I will try to be smart and choose to give all my colleagues one of the superpowers they desire.

People usually desire to stop time so that they could achieve more.

I think there should not be excessive time because limited time sets priorities straight. I don't want more time. I would probably do so many useless things.

Why is now the time for Hepta Airborne to exist?

I think this is the best time for Hepta Airborne, because today the electricity and energy sector is closer to humans than ever before, including in terms of global politics. The energy sector is at the beginning of two major changes, the green transition, and digitization. Hepta's value proposition serves both directions.

As a result, we offer network operators a digitized and automated network. We are at the beginning of a significant green transition and digitization trend. Therefore, given our value proposition in the market, we are in an ideal position.

Where will Hepta Airborne be in 5 years?

In five years, Hepta Airborne will be an Estonian company that has analyzed and digitized more than a million kilometers of infrastructure worldwide.


Hero of the Week is a column focused on inspirational entrepreneurial people around us – their journeys, success stories and lessons learned from failures, goals, inspiration and everything in between. Get inspired and be the Hero of your own life!

Oleksandra Bernatska is Co-founder & Chief Product Officer at Skyworker, one of the fastest-growing recruitment startups in Europe. Founded in...
Read more

You may know Artur Kamberg as a radio voice, podcast and event host but did you know he is also...
Read more
See schedule