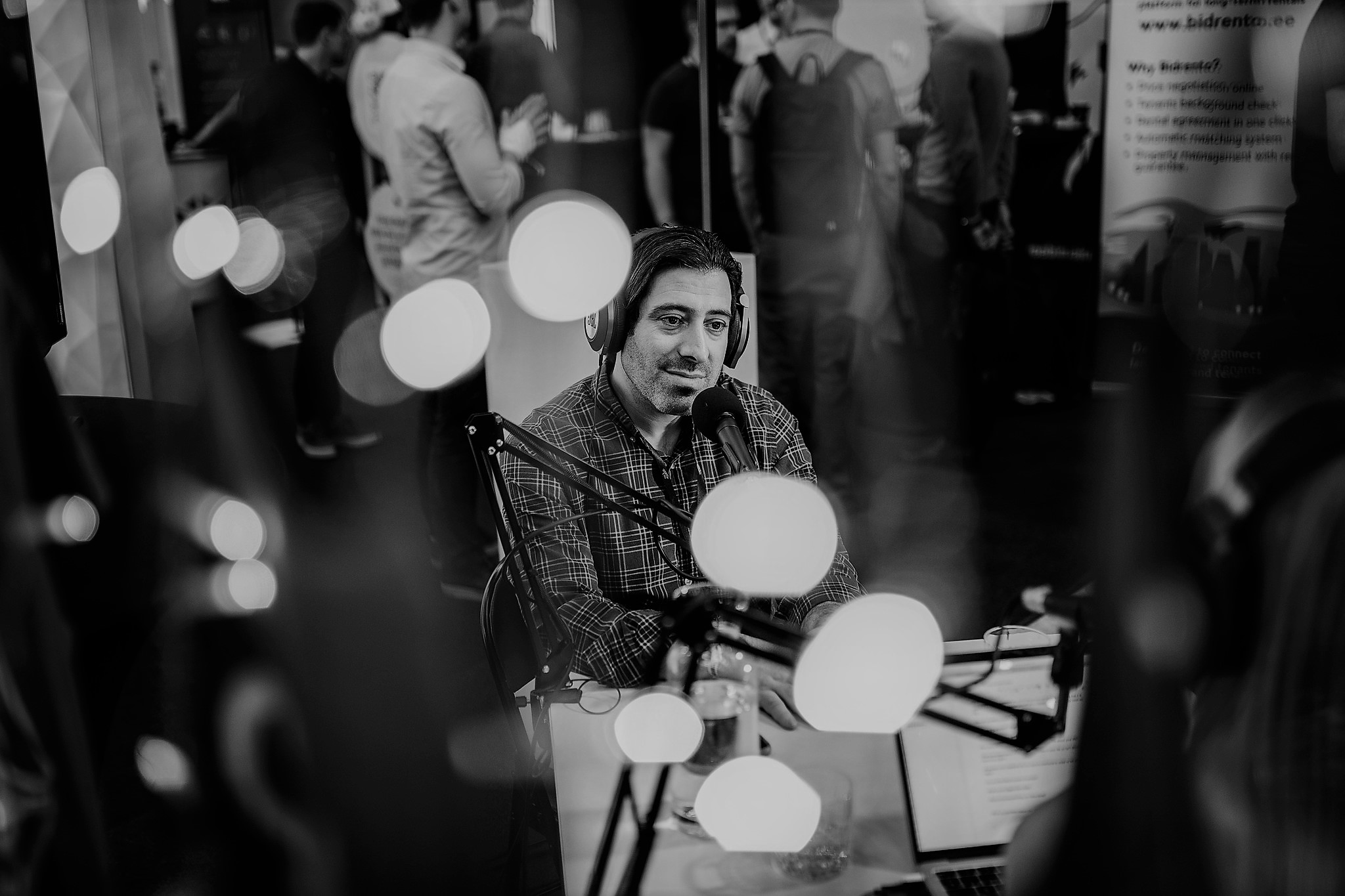 Jeremy Goldman: "Human beings are people who innovate, and the reason why we innovate is because of a problem we created as part of the last innovation."

For two decades, futurist Jeremy Goldman has been working with companies looking to modernize, innovate, and disrupt their current business models. Jeremy is currently the host of the FUTUREPROOF podcast and founder of Goldman Intel. He became a bestselling author with "Going Social: Excite Customers, Generate Buzz, and Energize Your Brand with the Power of Social Media" and "Getting to Like". We discussed social media with Jeremy and what is the most overlooked social media channel by brands in 2020, what mistakes are companies making during the process of change and how innovation can create problems which will lead to new innovation.

For two decades, you have been working with companies looking to modernize, innovate and disrupt their current business models. Based on your experience so far, what are the biggest mistakes that companies make during the process of change, and how could they prevent them?

I think one of the top things that people do wrong is that they pay lip service to the idea of change. Their main job, as they see it, is to have the illusion of innovation as opposed to actually innovate, because it's an uncomfortable thing to innovate and do some creative cannibalization. You need to have incentives in the right place. For instance, you have to build out a separate department that is not tasked with making any money for the next two years.

It's a matter of creating the right kind of environment that allows people to succeed and understanding that innovation is not all positive; some negatives go along with it and structuring to allow for those things.

Starting your podcast during the 2020s is like starting your band during the 90s - everyone wants to have one. What recommendations would you give to someone who's looking to start their podcast series and succeed?

It's about understanding what success is going to mean to you now. If you're the first person to do podcasting, you can aim very high and wide. If you're a later person, then you have to understand what the market doesn't have necessary, and you can narrowcast as I say it. And that's the same thing true about startups in general, it's narrowcasting and finding a way to get a smaller number of people, but who are more loyal about what you're doing.

The number of followers doesn't matter. It's the engagement that matters.

Yes. In my case, I'm trying to make that's a little bit accessible but not so accessible. I have the smartest people around in the show. They're going to be the smartest people, whether or not it's about societal issues or technology. So I'm not trying to get 100 000 downloads per episode, I'm trying to get 10 000, I get these 10 000, and these are the right people because I've been able to construct it the right way.

I think that, when we again talk about what success means, it depends on what people are trying to do with their podcasts.

Some people I know have agencies, and they're trying to convert those people who are listening. If that's what you're trying to do, then you need to construct it in that way. What I'm trying to do is that I'm trying to get smarter and fuel the writing that I do. I sold my agency, so I don't have any profit motivation, which I think is very freeing, because it forces me to think about what success means to me and might have meant for my old company.

I think that a lot of brands, with respect to their digital marketing, don't understand there is a lot of value in trying to balance two different things. One of them is getting people down the funnel, but also adding some value to their lives. I've seen brands that go too far in one direction or another, more often or not. There are some brands that say our goal is to get a lot of likes and engagement. I'd say that this is actually not your goal, you've been deluded by social media metrics that Facebook and so one wants to convince you that is what is important. It's not.

If you're a brand that just posts funny memes but has nothing to do with sending people through the process.

You can see plenty of companies doing either price communication or just posting funny memes on social media...

It's funny because I've noticed waves of this. When my first book came out, somebody gave me what I thought was a very nice compliment, they were in charge of reviewing social media books, and they said: "Yours was the first one that seemed to really be focused on tying social media back to business objectives". Because at that time, it was about getting as many likes and views as possible, and I was happy that I was able to bring it back to that. But now it has gone further away, and now it's actually more about "I have to get a lot of engagement, because if I don't, then my CMO is going to say "How come that other brand gets more engagement?!". Maybe they're not getting more leads. So what's your goal? To have a lot of noise or to actually help the business afloat.

Some marketers are chasing the number of followers, and it's their number 1 metric. If you have one million followers on Facebook, but every post gets one or two likes, then it doesn't matter because no one is engaging with your brand.

Exactly. I think that the number one thing to be looking at is the engagement rate. It would not be beneficial to have three followers who are engaging with you. You would have a great engagement rate, but you only have three people. Generally speaking, and unless that is the case, it's valuable to be calculating if you're a brand like Dove, who has seemingly a billion followers but not that many people engaging with the content. I'd prefer to get rid of some of the spam followers I have and have a better engagement rate. We should all think about the relevance of our audiences online and off.

What do you think is the most overlooked social media platform by brands and where they should be in 2020?

I think it's going to change so much depending on the brand. If you have a B2B brand with a long sales cycle, LinkedIn is still underutilized by a number of companies.

They don't realize that building strong audiences for each one of their thought leaders can be very valuable.

On the consumer side, I'd say something very different and pick Pinterest. If you get a lot of pins of a particular wedding dress or shoes from somebody who is an influencer with respect to that particular subset, you can get a lot of sales. So for consumer brands, Pinterest is a really interesting platform to spend some time on.

Some people say that Pinterest is dead, but I disagree with them.

When you think about any of those "dead" portals, then it's always an opportunity for you. For example, if there was a neighborhood in your city that's dead, well maybe the real estate values are cheap enough so you can buy the place.

Build the place up, invest in it, and maybe one day, the value will increase.

Exactly. So when something is dead, then it just means it's underappreciated. Maybe there are fewer people there, but also maybe they are easier to market to because you're not competing with as many other players.

Facebook turns 16 this year. We've seen the data leaks, questionable usage of our personal data, Cambridge Analytica etc. Would breaking Facebook up make the world a better place or has it changed forever?

The breaking up thing is interesting. Generally speaking, competition is good if you could have competition in the marketplace. So it seems like it's better. If you asked me if it's better or worse to break up Facebook, but I don't know what would officially be the way in which it's broken up. Elizabeth Warren has a suggestion/recommendation for it, but in terms of what would actually happen, it could be very different from that.

If you had to pick one digital skill that you cannot live without in 2020, then what would it be?

They should have one step above digital acumen than their job requires. It's not necessarily a specific skill, but for instance, if you have the ability to inspect elements on the web page and then make some basic HTML edits if you have the ability to know Chrome plugins better than anybody else, you could use them to do better research on the competition. The key thing is to make sure that you just don't meet the basic requirements of the job, but you go one step beyond those basic requirements, because if you don't, then someone else will.

There are plenty of new exciting and emerging technologies out there. Some of them are intended for sincere purposes, but some can also be misused like deep fakes recently. What should we do to prevent new technologies from doing further harm to our society and undermining our sense of security?

If there was a death penalty for spam, I bet you fewer people would be spamming.

I'm not saying that we should have the death penalty everywhere, but we have to think about how seriously we treat these things when we think they are going to be harmful to society. If we think it's going to be very harmful to society, then we need to have very strong disincentives against it, especially at the beginning, so that people understand this is not something that you should be playing around with.

Those weaknesses can also create new business opportunities. Let's say if deep fakes become a huge problem, then someone who can tackle this problem has the ability to turn it into a business.

That's what human beings are by the way. Human beings are people who innovate, and the reason why we innovate is because of a problem we created as part of the last innovation. So if you think about it, then deep fakes are innovation technically, and then we're just going to solve it to some extent. But then that solution to get rid of deep fakes will create a new problem that we have to solve. We had a big problem called World War II. So what did we do? We created the nuclear weapon as a result, and then we created the Cold War, which was an innovation to stop nuclear weapons. Everything is a reaction to the thing that happened before.

This interview was conducted by Rene Rumberg.

At sTARTUp Day 2020, CEO and co-founder of Messente Lauri Kinkar talked about the key principles for effective sales –...
Read more 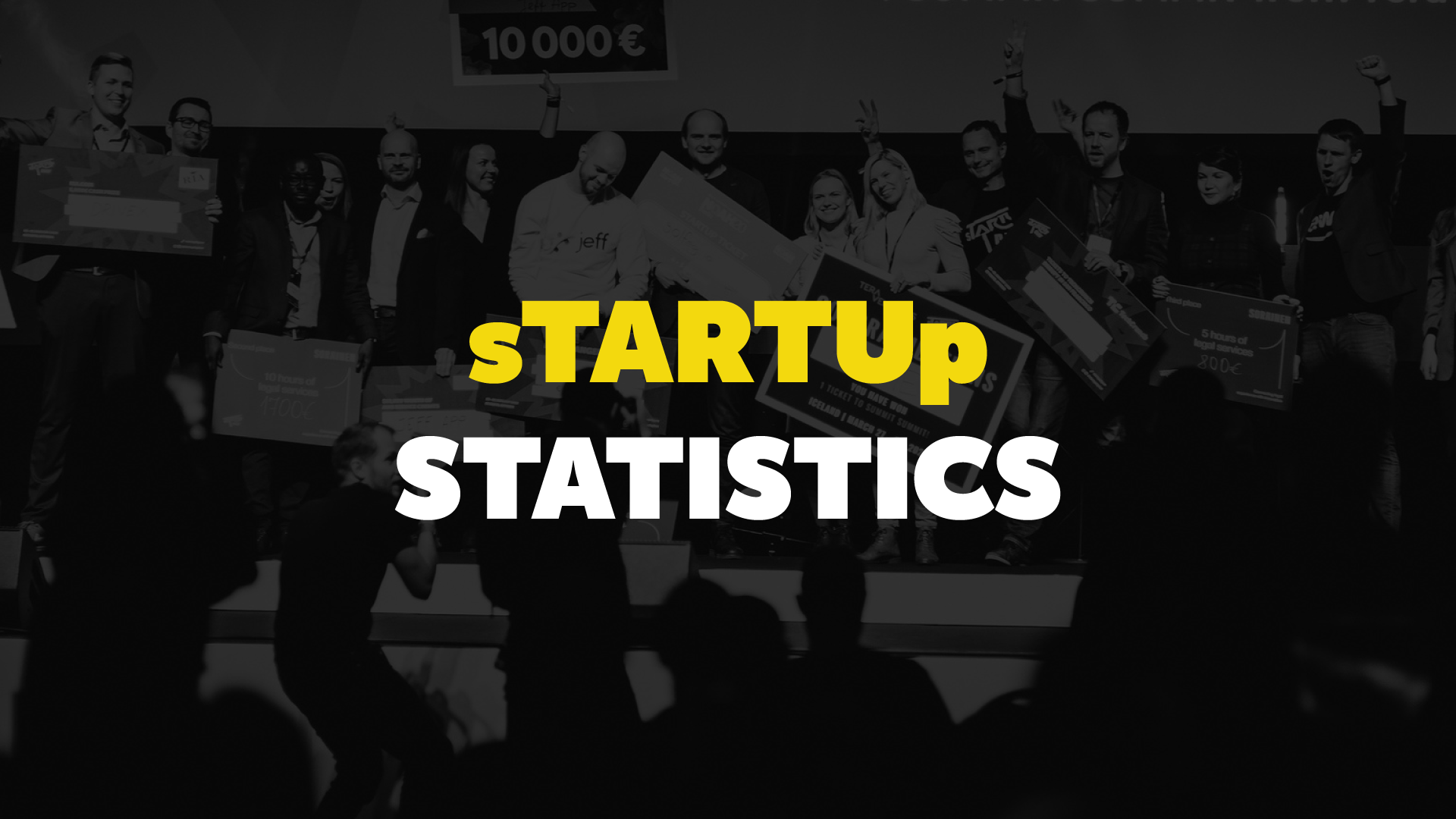